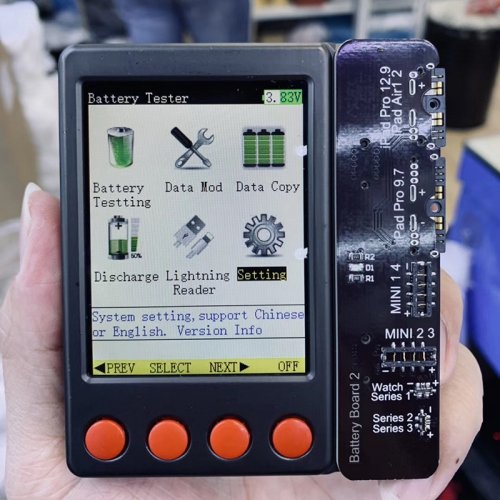 Support:
for iphone 4,4S,5,5C,5S,5SE,6,6P,6S,6SP,7,7P,8,8P,X,XS,XS MAX,XR,iP11, iP11 Pro, iPhone 11 Pro Max
for ipad mini1,2,3,4, Pro9.7/12.9, air12..
for iwatch, watch series 123.
for android, Most Popular Android Phones, Huawei, xiaomi, oppo,Samsung.
Mobile phone built-in battery Detector for iPhone / ipad / iwatch, and Most Popular Android Phones, also support Lightning Cable and Headphone Cable Diagnostic Tester box.
Features:
Battery Test - Battery Clear
Data Change - Change Serial number
Battery Copy - Modify efficiency,
Charge Test - Charge and discharge test
Android Battery Test
Button buring
Cable Test  -Data Cable Test
Headphone Cable Test
Functions of Testing:
System Status, Device Model, Health Status, Standby Current, Remaining Capacity
Chip Model, Current Voltage, Firmware Version, Design Capacity, Full Charge Capacity
Average Current, Cycle Times, Battery Temperature, Maximum Load Current, Product Manufacturer
Product serial number, Measurement status, Chemical mark, Factory code
Function:
Nowadays, many shoddy batteries are so dazzling in the market that we waste the most of our money unknowingly; Some battery protection boards are original, but the cells are set up afterwards; Some protection boards and batteries both are set up afterwards, some are the original but have been cycled hundreds of times, and it is sold again after the parameters are cleared; In short, Every  situation could appear; with the battery test box emergence, these problems would go away! Cleaing and identifing only need one second, let the sham battery, high imitation battery nowhere to hide.
Writing the cycle times at random:
Double-click the button on the right to write randomly the cycles times of battery (1-9).
The times of battery cycles is cleared:
Click the right button, then, the times of battery cycles is cleared.
Battery charging activation:
The box needs to be connected to the charger, plug in the battery, short press the left button, it will enter the charging state, at this time, the battery current will display the charging milliamps, the default is maximum 500ma;
This function is for batteries which can not charge and need to be charged.
Special Reminder:
Regarding the problems that occurred during the upgrade process, if upgrade is successful but the instrument does not restart automatically, you need manually turn the power off and turn it on again.
If upgrade is unexpectedly interrupted or failed, you can turn off the power, then press the right button on the instrument and turn on the instrument again. Computer will prompt the instrument has been connected, upgrade mode, and now, you can upgrade again.
Precautions:
The instrument itself needs to be fully charged and used so that get an accurate test result. If the power supply is insufficient, please charge it in time. The upper right corner on the screen is the battery power of the instrument. If the screen dim out or flickering during the test, it is considered as low power. Please charge and use it
Common problems:
1: Can this instrument repair a bad battery?
This test instrument cannot repair cells which is caused by physical damage due to the service life! It only can detect the performance and various parameters of battery, The function of reparing the battery efficiency is only for customers who need it (Such as: the battery, having a small problem, need to return to the factory to repair and re-sell). After reparing, it will back to the original efficiency after several times of automatic charging and discharging. 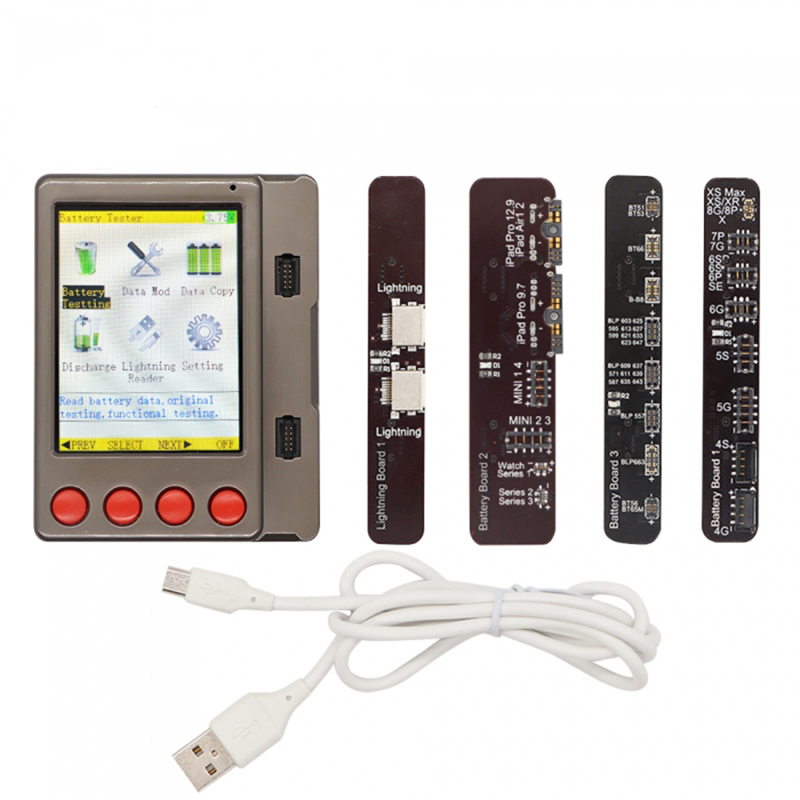 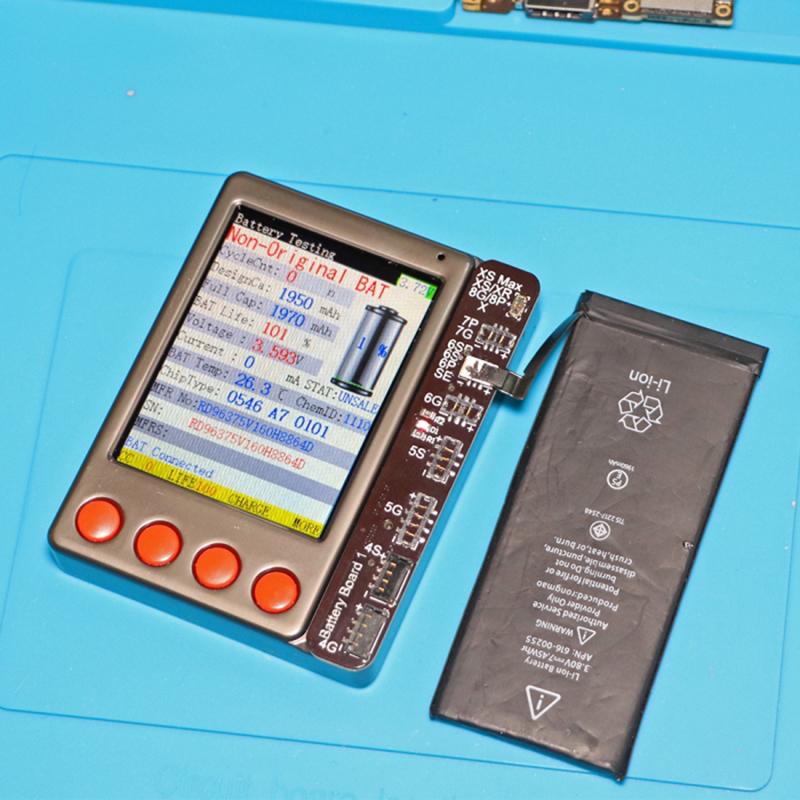 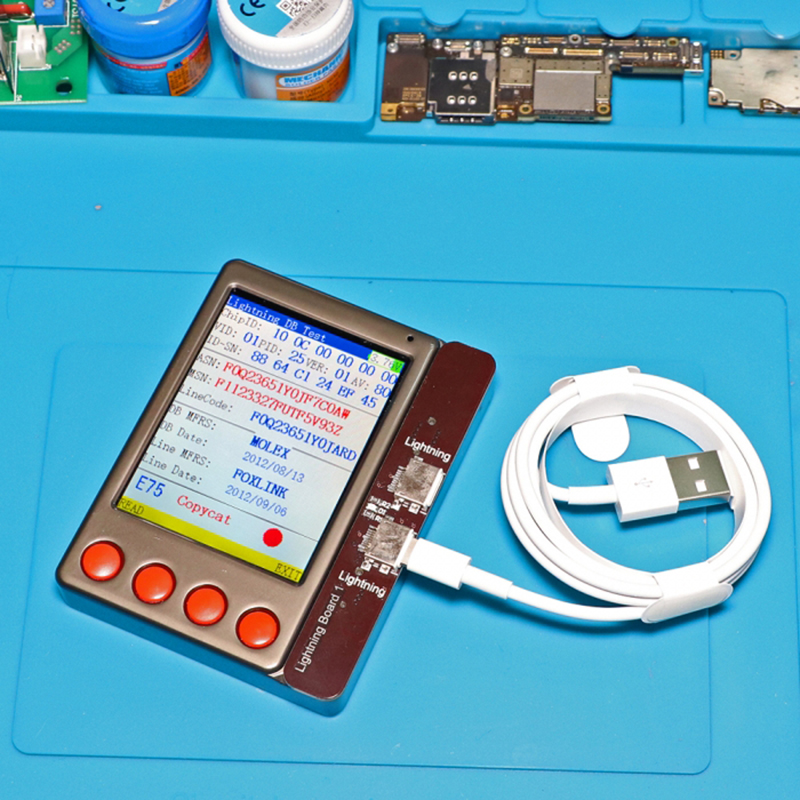